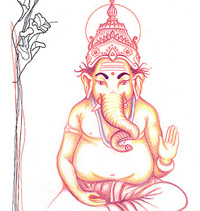 Crossposted at The Fearless Heart. 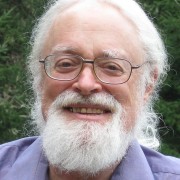 The first time I heard that groups thrive on dissent, I didn’t like the idea. It came up in conversations with Tom Atlee of the Co-Intelligence Institute, back in the mid-1990s. Tom was clear, based on his experience in activist movements and especially on a cross-country peace march, that dissent is essential for groups to function intelligently. So much so that if a group had too little dissent, he advocated for actively cultivating it to keep the group fresh and creative.

At the time, I was still holding on to a different dream: that we can find, somehow, the “right” people, and then a group can finally collaborate because of enough alignment and harmony. Agreement, I imagined, would serve as the glue that brings people together. In this dream, dissent was a form of conflict, and as such, I saw it as a distraction, sapping energy from a group and diverting focus away from the shared purpose. 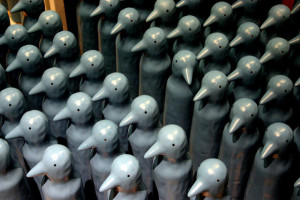 This dream stayed with me, unexamined, through my earliest years of learning and sharing Nonviolent Communication (NVC), which later became part of the root system for the Center for Efficient Collaboration. I now can see that I was thinking of NVC as a tool for preventing rather than transforming conflict. Somehow, I believed, if only everyone could just speak their feelings and needs and make clear requests – the central skills I was teaching – disagreements would diminish if not disappear altogether.

This assumption didn’t change overnight. It was a slow process of seeing, again and again, how individuals and groups find creative paths forward when they surface disagreements and engage with conflicts. Eventually, Tom’s words came to make perfect sense. Though most of us expect that dissent will tear a group apart, if dealt with effectively it often becomes extraordinarily fertile.

How, then, do we do that? How can we overcome our aversion to conflict so that we can both express and invite dissent? And once we’ve surfaced it, how do we respond to dissent in a way that leads to breakthrough instead of breakdown?

What Google discovered about successful teams

I had these questions in mind when I read about Google’s research on what distinguishes their most effective teams. After five years of reviewing internal data and reading others’ studies, researchers there discovered that the primary variable was something they came to call “psychological safety”. The bottom line: “In the best teams, members listen to one another and show sensitivity to feelings and needs” – exactly what Nonviolent Communication encourages. 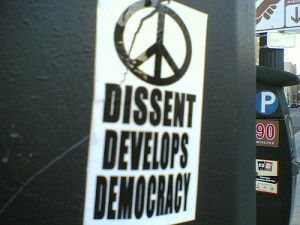 Why would psychological safety be such a strong predictor of effective teams? Team success requires collaboration, which thrives when there’s enough trust that everyone feels free to take risks in order to contribute their very best ideas and capabilities.

I would add that there’s a close relationship between nurturing trust and inviting healthy dissent. The simple principles that Google identified get “tested” when people are in disagreement or conflict; that’s when it’s hardest for us to listen and be sensitive, and that’s when it’s most important. Why? Because expressing a diverging opinion, or being out of synch emotionally with a group, are when we are least likely to feel that sense of psychological safety. If we are able to keep listening when we hear dissent, then we encourage everyone in our vicinity to speak up more, and therefore to bring more of themselves into the unfolding collaboration.

In Convergent Facilitation, the method I developed for collaborative decision-making in groups, the aim is to reach decisions that everyone can embrace. When group agreement is the goal, it can be most tempting to invite people to set aside their differences. Convergent Facilitation does the opposite, actively inviting and engaging with dissent in order to build trust and maximize creativity. When any individual can express a differing view and still have their concerns taken seriously, it helps the whole group embrace the amazing puzzle of making it work for everyone.

I cultivate this creative environment by paying special attention to people I call “outliers.” Outliers are those who persist in disagreeing when everyone else has settled. They are willing to raise points of contention and discomfort that others may be too shy to bring up.

Outliers initially present as a discomfort, especially when an entire group is already aligned and only one person is at odds. As a result, outliers usually expect that the group will see them as a problem. One of the most powerful things you can do as a facilitator – or as a collaborative leader – is to treat them, instead, as a treasure. Let me give you a recent example from a retreat I facilitated for a group that was mired in years-long conflict.

Early on, soon after the opening circle in which we established the purpose of our time together, one participant, I will call him Mark, expressed his concern that we would skirt over the real issues. He wanted the elephants in the room to be named and dealt with. After I shared with him my perspective – that focusing on where we want to go allows the issues to surface organically – he said something like:

OK, I am not sure I see it, and I will just trust the process and let go of my fear.

Given that this was Mark’s first experience with me, I saw no reason why he would be in a position to truly trust the process. On top of that, I instantly recognized his fears as a resource that could serve the group, and I wanted him and everyone else to see that. I said something like this:

I don’t see any reason for you to let go of your fear. I want you to use it, instead. I would love for you to be the elephant guardian, since you have the fear and as a result are likely the one to notice the elephants. Would you do that?

The shift was visible. His body moved slightly forward and his face relaxed. In responding to him in this way, I gave him the experience of being heard even when he was no longer trying to be heard. 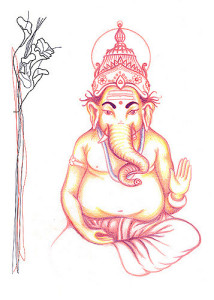 The question of whether we were ignoring the elephants never came up again. The next day we proceeded to deal with all the issues Mark wanted to deal with, at a deeper and more transformative level than he had envisioned possible, leading to the healing everyone had hoped for in coming together. Had he not been invited in along with his fear, exactly as he was, he might not have been as available for it.

This example illustrates one of the ways of folding an outlier into a group: you can convert them from problem to asset by seeing their very divergence as a resource. This is not just about unacknowledged elephants, though naming and valuing the role of elephant guardian may very well help a whole group become more open, relaxed, and trusting. The possibilities are endless. Someone is anxious about time? Ask them to be the time keeper. Someone keeps poking holes in a proposal? Ask them to take everyone’s input and convert it into a revised proposal. Someone questions the validity of a finding? Invite them to lead an ad-hoc research group that will investigate the item and come back with a deeper report. In this way, the care for the whole that so often motivates outliers can be mobilized in service to the shared purpose of the group.

Teleclass update: We are getting ready to start Part 4 of the Collaboration in the Workplace teleclass series. The next section is “Supporting a Culture of Collaboration,” which is about creating systems that make collaboration work with less effort from individuals. The course begins April 15 at the NVC Academy.

Aim for Taste: Collaboration in the Restaurant Business
Scroll to top